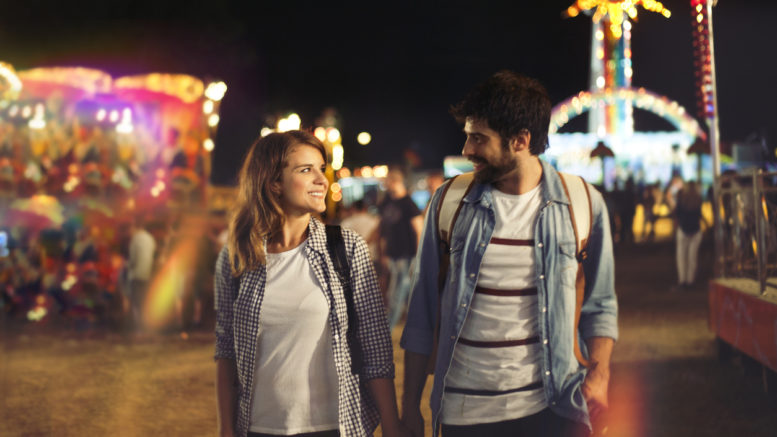 If you can’t tell for sure if you’re over analyzing your ex’s behavior, then check this out…
The Ex Factor Guide

Signs Your Ex Girlfriend Still Loves You And Wants You Back

To those men out there who are trying to reunite with your ex-girlfriend.

Are you trying to win back your ex but you’re having trouble figuring out what the hell’s going on inside her head?

How to tell If your ex still loves you and wants you back?’

As you go through the process of winning back your ex-girlfriend, you’ll soon realize that one of the most frustrating and confusing aspects is trying to read your ex and her emotions.

Every time you hear from or interact with your ex-girlfriend even when she’s doing something that has nothing to do with you like updating a Facebook status, she’s usually feeding you information that you can use to gage her feelings and emotions.

You need to learn how to properly read interpret these signals to ensure you avoid making mistakes and chasing her further away.

But before I go any further, allow me to give you a serious warning. If you misinterpret your ex-girlfriend’s feelings and signals, you’ll likely do or say something that will actually harm your chances of getting back together with her.

Okay so with that warning out of the way, let’s move on to the finer details of interpreting your exes’ signs and signals.

And I want to start by giving you some great news.

She still Has Strong Feelings For You

Yep, that’s a bit of a bold proclamation but I’m going to say it anyway, it’s extremely likely that your ex-girlfriend still loves you or at the very least still has those fundamental romantic feelings towards you.

Yes, that’s true! Even if you broke up months ago and your ex is dating somebody new, she may have told you that she doesn’t have feelings for anymore but she’s almost certainly lying.

See after breaking up, your ex will tell you that she doesn’t love you anymore even though that’s a fallacy, why?

Because she doesn’t want to hurt you anymore than she needs to and because she thinks telling you that, it will help her ensure that you don’t tempt her into getting back together and giving the relationship another shot.

Her brain says that she should break up with you but deep down she’ll be thinking about you a lot in the first weeks after the breakup. If you’ve ever dumped a girl yourself then you probably know exactly what I’m talking about.

Remember, at some point your ex-girlfriend had strong romantic feelings for you and those feelings took time to develop and mature.

they’re not going to go away overnight and she can’t simply erase all the happy and lovely memories that she has at the time you two spent together.

That’s a huge advantage that can help you win her back if you play your cards correctly, so that’s the good news.

Let’s move on to another topic which is:

What your ex-girlfriend says and does in the weeks following your breakup will reveal several clues about her feelings and will dictate how you go about trying to win her back.

Each of the following signals can be used to gage your ex-girlfriend’s feelings.

If your ex-girlfriend contacts you for any reason in the first few weeks after a breakup, it’s almost certainly because she misses you and she wants the number of heartbreaks by reaching out to the man she still loves deep down.

The more she contacts you even if it’s about seemingly irrelevant things like when she can come and pickup her clothes from your house.

The more confident you can be that she’s struggling to deal with the break-up.

She Still Wants To Hook Up

If she still wants to get in your pants after you’ve broken up, that’s usually a good sign. And depending on your situation, it may or may not be a wise idea to agree to a friends with benefits arrangement with your ex but it’s usually a positive indication that she isn’t fully over you.

She Tries to Be Friends

Similar to what I just talked about, if your ex-girlfriend says that she wants to be friends and actively tries to hang out with you as a friend. It’s a clear signal that she’s still interested in being with you.

Do not, I repeat, Do NOT agree to be friends with your ex.

I’ve got another video on this topic and it’s covered extensively in my Ex Factor program but you really don’t want to be friends with her at least not if you’re interested in getting back together.

She Remains Angry or Upset

If your ex-girlfriend was mad or upset about something when she broke up with you and she remain angry or upset for days and weeks after the break-up, it’s actually a good sign because it indicates that she still cares.

Obviously, this doesn’t apply if you cheated on her or you were a huge asshole during the last stages of your relationship but generally speaking if your ex is still upset upset at you after the break-up, it’s because she still cares about you and your relationship.

She Brings Up Memories and Seems Emotional

If your ex-girlfriend seems nostalgic or brings up happy memories about your relationship together or possibly even negative ones, it means that she’s actively thinking about her time with you and she isn’t ready to let go of those emotions.

Just because your ex doesn’t display one of the signs that I just talked about, doesn’t mean that all hope is lost.

It just means that she may either be further along in the process of moving on and getting over you or she’s trying hard not to give in to her feelings and emotions because she wants to go through with her decision to break up with you.

Either way, you’re still in good shape and you can win her back if you play your cards correctly.

At this point, you may still be wondering why your ex is sending you these strong signals that indicate she’s not over you, doesn’t she just suggest the two of you get back together and give things another shot.

There are several explanations for that but the most important is that she’s probably got a support network that’s feeding her encouragement and ensuring that she doesn’t back down her decision to break up with you.

Even if your ex-girlfriend’s friends and family loved you to death, they’ll be feeding your ex encouragement and telling her to stay committed to her decision to break up with you.

They’ll want to support her decision regardless of how much they may have liked you and thought you guys were a good match. And these voices of encouragement can be a difficult factor to overcome.

Your ex-girlfriend like most women is probably heavily influenced by the opinions of her friends and her family so to get past these defense mechanisms, you need to say certain things and use certain psychological tactics that she can’t possibly ignore or resist.

And this is the kind of thing that’s the bread and butter of my Ex Factor guide program and in the program, I explained how to use some of these sneaky tactics to tap into her emotions and overpower the logical side of her brain.

Another reason your ex-girlfriend is resisting the urge to get back together is because she still has a negative image of you in the back of her mind despite all the signals that she may be sending that she still loves you.

That means that her logical reason side is saying “Don’t get back together with this loser” even when her emotional side wants nothing more than to beg for you to come running back into her arms.

Again, if you’ve been on the opposite side of things in the past when you dumped an ex-girlfriend then you probably know this feeling all too well.

The question is though, how do you shift and change this image that she has of you?

Well, by suddenly portraying yourself as a high-value alpha male type guy, you need to make her believe that the breakup was a mistake and that she was a fool ever to let you walk out of her life.

This is what I call my ‘Alpha Attraction’ framework and it’s all about slowly changing the way your ex sees you and allowing her emotions to adjust her feelings about the relationship and your future together.

I’m sure you’ve already found out women give you extremely confusing and prone to sending hot and cold mixed messages. Figuring out what’s going on in her mind could be like trying to solve a Rubik’s Cube.

But always try to remember that the confusing mixed and often conflicting messages she’s sending are a result of her own internal conflicts.

Your ex-girlfriend doesn’t know for sure whether she wants you back in her life nor does she know if she’s still in love with you enough to revive the relationship and her signals and emotions may reflect this confusion and indecision that’s going on in the back of her mind.

No matter what signal she sends, just remember that you need to carefully read and interpret these signals and adjust your strategy appropriately.

If you’re not clear on how to handle a specific situation you’re facing with your ex-girlfriend, then I highly suggest you go check out the free video below. It will give you all the information you need to start winning them back today. How to Get More Love in Your Life

Use these 3 love triggers that will pave the way for an overwhelming sense of love in your heart—with or without a partner. Innovative Ideas For Dates She Will Never Forget

Find out why these often overlooked avenues are GREAT ways to smoothly transition from acquaintances to friends, and hopefully, into potential lovers...