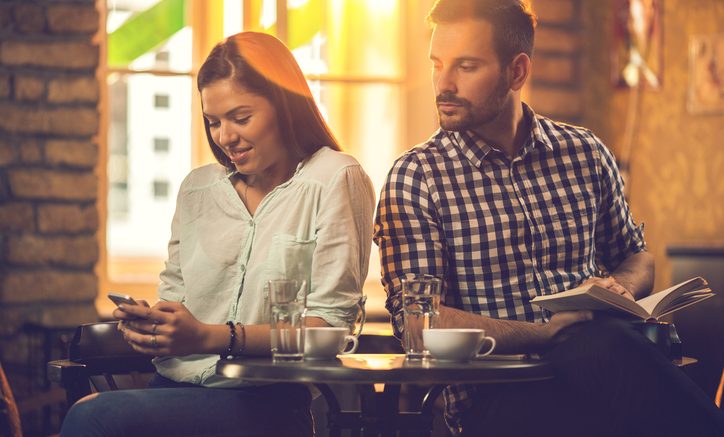 I heard recently from one of my female friends who had just got into a new relationship (talking about her new man):

“He is so much better than all the other guys I’ve gone out with. He doesn’t play any games, and always lets me know how much he cares about me. I don’t have to worry about him being around other women and he’s always honest about how he’s feeling.”

As I listened I realised I had heard the EXACT same thing from many women before.

But this got me thinking, as aren’t men always being given the message that they need to PLAY HARD TO GET to keep a woman interested?

So I decided to write this article to clear up what ‘playing games’ is really about, and how effective these games actually are when it comes to winning a woman’s heart.

You may be surprised at what you will find out.

First of all, let’s break down WHY we play these ‘hard to get’ games.

We’ve all done it.

Taken three days to call, flirted a little with that other woman at the party, acted like you’re not really that interested… all part of the fun right?

But what is playing hard to get really about? WHY do we need to make her feel jealous? WHY can’t we just show her straight away we are interested?

Playing hard to get is all about SELF-PROTECTION.

As much as we hate to admit it, the thought of being rejected by that woman we really like is absolutely soul-crushing. And we want to do all that we can to protect our vulnerable hearts – even if we don’t realise that is what we are doing.

But what are the consequences of our game playing?

When we play hard to get, we are BREAKING HER DOWN.

1. Taking several days to call or text.
Aim: You don’t want to appear ‘too keen’ or ‘desperate’.
Consequence: She feels insecure, unwanted, and assumes you weren’t really that interested in her.

2. Flirting with other women in front of her.
Aim:You want to make her feel jealous by showing her that there are other women out there you could have.
Consequence: She feels rejected, jealous and insecure: like she doesn’t size up to other woman. You appear like a player who could be after any woman.

Making her feel like this will only make her lose her trust and faith in you. What you are doing is causing damage to her spirit, and even if she does end up going out with you she will never forget deep down how you made her feel.

What we SHOULD be doing is BUILDING HER UP.

Let’s take another look at the conversation I had with my friend:

“He is so much better than all the other guys I’ve gone out with. He doesn’t play any games, and always lets me know how much he cares about me. I don’t have to worry about him being around other women and he’s always honest about how he’s feeling.”

My friend is feeling like the luckiest woman alive because her man is building her up. He always lets her know how much he cares about her and he is always honest. This man has made my friend feel like the most amazing woman in the world from the first day he met her, and she will cherish him forever for it.

So what is the difference between this man and one who always plays hard to get?

This man is a CONFIDENT MAN. He is comfortable about who he is, he knows what he wants, and he is not scared to go out there and get it. That doesn’t mean he’s not worried about getting rejected – we all are.

But a confident man handles his fear with grace.

He might call her the next day, tell her he had a great time and ask if she would like to go out with him next weekend. This would show her that he is interested, motivated and worthy of her trust.

But if she did not reply to his call, or did not wish to commit to the date, this is when our confident man would draw back. Give her time to reply, but not take it personally if she doesn’t – this is her loss.

A confident man realizes that his BEST chance of winning the heart of his woman is to go out there and do everything in his power to prove that he is the one for her.

Once a woman has had a man worship her like this, she will not give a second more of her time to a man who dares to play games with her.

Unfortunately, too often men are being given the message that you NEED to play hard to get to keep a woman interested.

From a scientific point of view, this belief stems from the fact that people are attracted to potential mates who are socially selective. Being socially selective is when you show you desire particular women over others, based on your own set of standards and preferences.

Obviously, we are not likely to feel attracted to a woman who seems to eying up every man in the room, as this would signal she is desperate.

But the mistake men often make when trying to attract a woman is doing the exact opposite: acting as if they aren’t interested at all. When what would be a lot more effective is selectively giving attention to the woman they are pursuing.

Acting like you’re not interested signals rejection and will turn her away. Paying full attention to HER and ignoring other woman will make her feel incredibly special and valued.

Let’s go back to one of our examples from above. A man who is playing hard to get might flirt with other women at the party in order to try and make the woman he desires feel jealous.

Our CONFIDENT MAN would be polite to other woman, but would make it clear that he has eyes only for the woman he desires. He would give her compliments and make her feel that she is the most beautiful woman in the room.

Who’s going to get the girl?

I think you know the answer.

Remember… being confident and showing that you are interested does not mean there will be any less sparks flying. Flirting is great: an essential part of creating that atmosphere of excitement and romance.

Compliments, touch, teasing, making her laugh – this is what will draw her straight into your arms.

But eying up other women in front of her, or all of a sudden acting like you are not interested, will have her soon running in the opposite direction. Or even worse – into the arms of someone else.

So gentlemen, DO NOT feel you need to play hard to get to win her heart. Be a CONFIDENT MAN and you will keep her forever.

I hope you have found this article helpful. Please feel free to share your feedback and own experiences with dating games in the comments section below. Video: Secrets To Getting Your Ex Back

Don't let the woman you love slip out of your life forever. Use these techniques to compel your ex to fall back in love with you again... for good! Video: How To Attract Any Woman You Desire How to Get Your Ex Back By Texting

In this article, you'll learn what you absolutely SHOULD NOT do if you want to get your ex back through texting... But how do you know for sure that your ex’s rebound relationship will fail like the rest of them? Well, here are a few signs to look for...

10 Comments on "Playing Games – Good or Bad Way to Start a Relationship?"