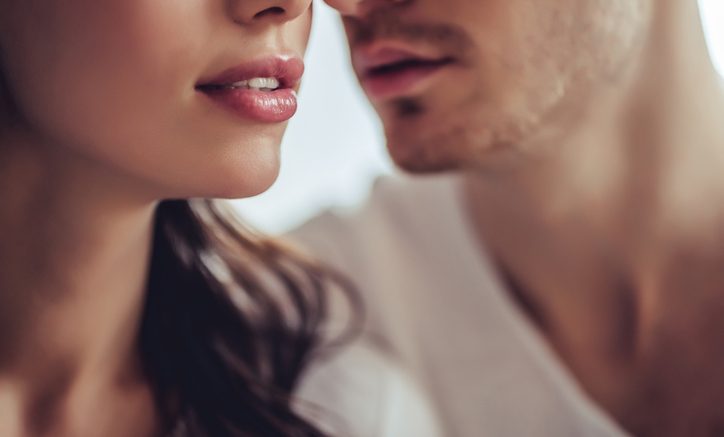 By James Bauer
Author of The Secret Love Instinct

What If You Knew What Men Secretly Wanted, but They Could Never Tell You… Don’t Forget To Check Out The Secret Love Instinct

The Sexiest Word You Can Say to Him

Ava gave everything she had to her boyfriend Liam.

She was the perfect girlfriend. She cooked for him, planned special surprises for him, attended sports events with him, and made sure she supported him in everything.

Then Liam did the one thing she never expected:

Not only did he leave her, but a week later she found out from friends that he’d been seeing someone else behind her back.

“They knew all along!” she told me.

“They expected me to feel sorry for him, because it was such a dilemma. This cow or me. Here I was so nice, and he didn’t want to hurt me, but he felt this passion and chemistry that he’d never felt before.”

“Nice if he would’ve told me that before he broke my heart and stomped all over it.”

Ava believed that being the perfect girlfriend protected her against heartbreak. If only she did everything right, her boyfriend would never want to leave her.

Sadly, as you know, it doesn’t work that way.

In fact, being an imperfect girlfriend works for you, not against you.

That’s because he sees you’re not willing to set down everything and make him the center of your life.

He sees that you’ve still got your own life and interests, which you’re not giving up for him.

The distance between you adds spice to your togetherness. You’re more than just an extension of him.

You’re your own woman. And if one of you decides to leave the relationship, you won’t be left broken. You’ll still have a life of your own.

Ava was ready to learn how to make her next relationship a success. She didn’t want to do this again: give everything to a man, only to end up alone.

So I taught her the sexiest word any woman can say to a man:

Thank you for the invite, but I’ve got other plans.
I love being with you, but I’m not ready to go any further just yet.
I’m so glad you’re going to the game, but I’m not coming with you this time.
I’m hungry, too. What are you going to get for us?

Ava was horrified. Wouldn’t saying no make him lose interest?

Some men may lose interest, I told her. But those are the kind of men you don’t want. Men who are only interested in immediate gratification.

Men who make good partners are willing to go through some hardship on the path to love.

They understand that a woman is their equal—not their personal assistant, chef, or mother. So there’s give and take on both sides.

Telling him no acts as a test of his character.

Does he get upset when you won’t bend over backwards for him?

Is he okay with the idea that he gets some of your time but not all of it?

Will he make some effort for you, or do you have to do everything for him?

But there’s another, even more important reason to learn to say no:

It sets you up for a lasting relationship. Here’s why…

Relationships should be sustainable, not a constant drain on your resources.

Good relationships don’t consume your life but rather restore you. They give as much energy as they take.

Want to know if your relationship is sustainable or not? Ask yourself:

Do you ever feel resentful about how much you give?
Do you wish that just once he’d appreciate how much you do for him?
Do you fantasize about him taking the lead once in a while and pampering you?

If you answered yes to any of those questions, then your relationship is draining you. You’re in danger of becoming his caretaker, not his lover. That’s not sustainable.

Luckily, all it takes to start spicing things up is that magic word:

Don’t offer to do everything. Ask him to do a few things for you.

Don’t let him decide for you. When he presumes you’ll do something—without asking you first—exercise your right to back out of it. He has to ask, not assume.

Before you agree to anything, check in with yourself.

If you do this, are you doing it with no strings attached … or because you expect him to pay you back in some way?

How are you going to feel if you say yes: excited … or stressed to have one more thing on your plate?

When you do things only because you genuinely want to, resentment and obligation disappear from your relationship. You’re taking your power back.

Video: The #1 Trait Men Desire In A Woman

Learn this and he’ll come at you with the energy and enthusiasm he had on your FIRST DATE! You have that inner quality you desire -- a feminine love instinct that men can't resist. However, most women completely ignore this quality and it leads to... It is important that you come to understand what holds men back, so you can know what to do and what not to do when you think he’s the one for you for the long haul... Video: Why Men Pull Away And What Makes Them Stay In Love

Discover what makes him stay in love and how to dramatically improve your love life, forever. Learn about reversing the roles to get your ex to chase after you, instead of the other way around. It’s simply a matter of shifting power.