5 Phrases That Will Make A Man Fall For You

As you probably heard your entire life “Actions speak louder than words.”

And well that’s quite true, there are still certain phrases that will make any man fall for you, but what are these whimsical words?

Today, I want to share with you five phrases that will hit a man so hard that he’ll be desperate for your love and affection.

It’s no secret that guys like to feel manly, especially around their ladies.

What better way to win them over it than by commenting on his masculinity.

Saying things like “You’re so strong!” or What big muscles you have”, is without a doubt cheesy. But, don’t worry there are other ways to send the same message while keeping your calm, cool and collected attitude.

For instance, next time you need something opened, ask for his help or if you can’t reach something, require his assistance.

Letting them know that you need him and feel safe around him not only makes them feel good but when you make him feel like a man, it’ll keep him wanting to be around you.

And for the record, asking for help doesn’t make you needy, weak or a damsel in distress. Don’t worry about that. Instead it shows him that you recognize his physical abilities and would appreciate his help.

As you may have heard from other relationship experts, commenting on someone’s looks isn’t always the most compelling thing you can do, why?

Because that person didn’t choose his looks, they inherited them from their parents. However, commenting on someone’s style is a whole other story.

Like women, men love it when women acknowledge the effort they put into their appearance. Not only does it tell him that he was successful with looking good but it also tells him that you notice the little things.

Saying something like I really love that jacket or your pants are a great color, will boost his confidence and make him feel good around you. In other words, it’ll make him fall for you.

You know how it feels when someone comments on a talent or skill you have. It feels good, right? Well, he thinks so too. Find your man’s talents and talk about them.

That said, similar to the looks versus style issue, you don’t want to comment on anything too obvious.

If he’s a full-time writer then complementing his writing ability isn’t going to send him over the moon. Instead, talk about the less obvious traits, sticking with the writing example, you could comment on his ability to focus or his dedication to his work.

Those kind of phrases will trigger a greater response from him because he’s not as used to hearing them.

There’s no denying that guys like to feel strong and manly around woman and a big part of feeling that way is knowing that you respect him and his opinions.

Letting a man know that you think he’s wise, witty, bright and brilliant will make him fall for you.

An easy way to show him this, is by making it known that you value his opinion. To do so, bring your tough questions to him. Whether it’s a matter of explaining worldly policies, geography lesson or music tutorial.

Let him show off his big sexy brain. When he does, you’ll catch him glowing and better yet when you’re the one who makes him feel intelligent, he’ll want you to be the one who stays close by.

Again, this one can be dressed up however you see fit but the point is to encourage your guy and whatever aspirations, dreams, goals and ambitions he has.

Your support can inspire him to be a better man. When you’re his biggest fan and he knows that you’re in his corner, he’ll fall for you.

To do so, be the person he can share all his thoughts and dreams with free of judgment. Even if you think his chances of becoming the next Jimi Hendrix are slim to none, cheer him on, he’ll love you for it. 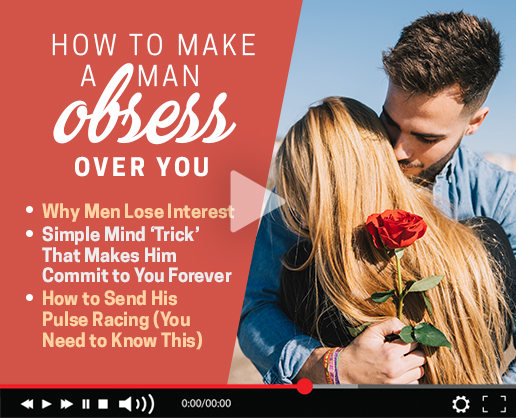