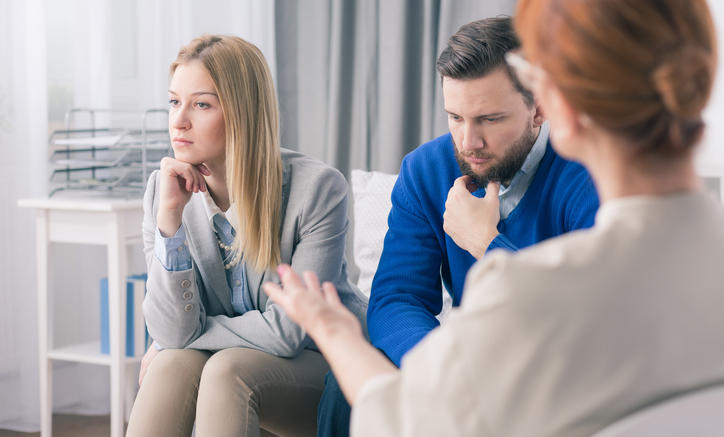 Is Your Marriage Worth Saving? (Free Quiz Tool Inside!)/h2>

So last week I answered a really difficult coaching email from one of my clients and he asked me whether his marriage was worth saving. He and his wife were married for six years and they had a child together but things had been soured in their marriage for over a year and a half and this client told me that they were on the brink of a divorce.

He said you know they tried everything as well already he said you know we’ve tried stuff like marriage counseling, couples’ retreats, even team-building exercises.

“Is your marriage worth saving and should you and your partner just give up?”

Let’s move on to the topic of whether you should save your marriage. I mean it’s clearly true that there are many many benefits to staying married. Research has proven that that married people are generally happier, they’re more successful, they’re even healthier than non-married people.

And of course, it’s also true that it’s much easier raising children when two partners are committed to the marriage. But some marriages are so toxic that the only way to stop the bleeding is just to call it quits and in some very rare cases I do advocate ending a marriage if things truly seem unsalvageable.

However, in most cases the marriage can be saved and I’m going to go over some of the ways that you can improve your situation later on in this video. But if you are seriously considering calling it quits on your marriage then there’s a few questions that you need to answer before moving forward.

Keep in mind that the following issues can be fixed with enough time and effort. I strongly believe that the vast majority of marriages can be saved with the proper action. If anything, this list is it’s going to encourage you to exhaust all the possible options before you decide to throw in the towel.

“Are you and your spouse still friends?”

I always say that being in a marriage is like being on a team. In all my client’s cases, one of my main objectives is to help both spouses create a “We” mentality as opposed to a “Me” mentality.

One of the best ways to cultivate that mentality is by building an incredibly strong friendship. Building a strong marriage, it can be about romance yes of course but without the feeling of camaraderie and support a marriage is doomed.

Are you’re willing to support your spouse no matter what?

You know if they’re having a bad day at work, do you try and cheer your spouse up and on the flip side does he or she provide you with the support when things aren’t going your way, do you still share you know laughs together, do you still have fun from time to time?

Right now, these sorts of questions can be really difficult to answer I understand that especially if your marriage is hanging by a thread but try to think about the last time that you and your spouse shared a friendly interaction with one another.

If it’s been months or years then chances of getting out of that hole are going to be they might be more trouble than it’s actually worth.

“Do you and your spouse still have chemistry?”

It’s normal for chemistry to wane over time. It’s unlikely that a couple will be having sex every single day for twenty years of marriage. You do need to set reasonable expectations in this regard.

And in some cases, you know it’s normal that some couples only have sex once a month or even less and that’s fine as well as long as both parties are happy. There’s no magical number when it comes to how much sex you and your spouse should be having because every marriage is different.

Again, these questions are difficult to answer if your marriage is on the rocks but if you and your partner are constantly at odds when it comes to your sex life and it’s driving you crazy then you have to consider this a fact moving forward and helping to address your situation.

“Are you still comfortable with your spouse?”

See studies have shown that the number one reason and the number two reason why happily married couples stay together is because of two things kindness and generosity.

These traits are very important when creating a comfortable environment for you and your spouse. Nobody wants to be constantly stressed, angry, frustrated, we’re on the edge all the time when they’re around their spouse these sorts of characteristics are often leading indicators of why marriages fall apart.

Consider how you feel when you and your spouse are together in the same room. You know do you feel like you’re walking on eggshells all the time, are you scared of interacting with your spouse out of fear that he or she’s gonna lash out at you, do you fear you’ll lash out of your spouse?

If you’re not comfortable with your spouse anymore and if it’s been a while since you’ve felt that sort of comfort then that could be a strong indicator that you and your spouse just aren’t meant to be.

For example, in my “Mend the marriage online program”, I share little psychological tips and tricks that you can employ right now to help you and your spouse create a more comfortable caring marriage and these little tricks are things that you can do on your own without your spouse’s help right now.

See over time of course, people change and when two people in a marriage change, it can put a tremendous amount of strain on that relationship.

For example, A couple months ago I coached a married couple that was going through what I call a “Habitual Crisis”. For whatever reason, their interest drifted apart further and further until the point where they couldn’t find anything in common.

And in this particular case, she liked to go hiking every weekend but he only wanted to watch sports on TV and watch Netflix and neither party was really willing to compromise either which of course only made matters worse.

Thankfully eventually, I was able to help them work through the differences and saved the marriage. But if you strongly believe that you can’t find any mutual interest with your partner then maybe continuing in the marriage isn’t the best option.

“Have you tried everything to save your marriage?”

In fact, some marriage counselor charge hundreds of dollars for just one appointment and this alone makes marriage counseling a difficult option to consider for a lot of people.

Not only that but you have to convince your spouse to attend the counseling and some of you there at this point in your marriage may not be able to do that or you may be on that point already.

But there is of course another option, you could invest in my “Mend the Marriage” program today, Mend the Marriage is an online course it’s designed to help ailing couples work through their marital issues and build a new marriage that’s infused with more passion, a better connection and more romance than there ever has been in the past.

It’s something that I’ve been working on like a madman for the past few years and I’m proud to say that it’s already helped thousands of couples in situations like yours and better yet you’re not going to have to drop hundreds of dollars to start the program and you can start right now even if it’s 2:00 a.m. and you’re in your pajamas.

Now what I’ve covered in this video so far are some situations and issues that can be fixed. Of course, there are some scenarios where saving your marriage might not be the best idea at all.

The following might sound like it’s common sense to a lot of people but I can assure you it is not.

I knew a woman, let’s call her Taylor that suffered domestic abuse for over two years. Every weekend her husband would come home drunk and beat her and sometimes it was so severe that she had to be rushed to the hospital and lie about how she hurt herself.

I told Taylor that she was in one of the worst marriages that I’ve ever seen and told her to immediately file for divorce and a restraining order and get some help. It surprisingly took me over a month to convince her to take action but thankfully she was able to escape from her awful husband and that awful life that she had with him.

So, if Taylor’s situation sounds a lot like your situation then you need to leave you need to call it quits right now. It’s never worth trying to save or salvage such a destructive marriage. And of course, the second situation where I think divorce is absolutely necessary is when sexual abuse is involved.

This is similar to physical abuse and if you’re in a marriage where of sexual abuse has involved. It’s a pretty clear indicator that the marriage needs to end now, no ifs ands or buts just end it.

And finally, I strongly believe that situations in which serial infidelity or cheating is an issue are also grounds for immediate divorce. I’ve seen couples go through marriages in which one partner has cheated over 40 times and yet somehow, they managed to stay together.

So, if you’re in a marriage where affairs and infidelity are constant then it’s time to re-examine why you’re in the marriage in the first place and if necessary take the appropriate actions to end the marriage.

I hope I answered at least a few of your questions in this video guys. However, if you’re still stumped for whatever reason, I’ve developed a free quiz tool that I mentioned earlier that determines whether your marriage or not is worth saving or not.

If you are looking for more insights in saving your marriage, check out this short video with even more tips that can help you think if you’re marriage is worth saving or not.

Post Views: 1,571
Warning: count(): Parameter must be an array or an object that implements Countable in /home/meetysweet/public_html/women/blog/wp-content/plugins/rc_related_posts_mys/rc_related_posts.php on line 162 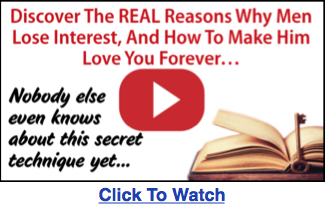